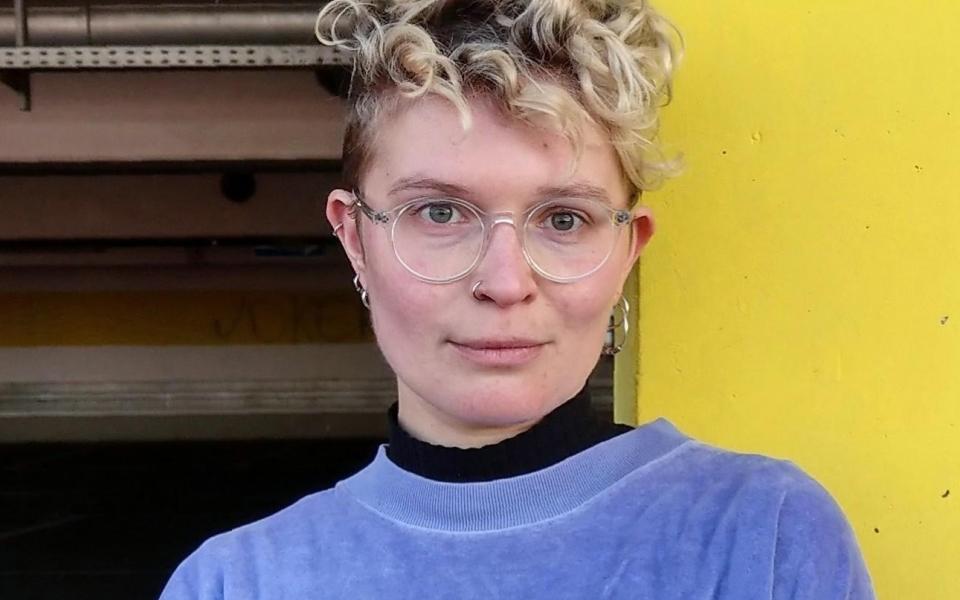 Nora Tormann works with and between performance, choreography and text. Nora's choreographic work focuses on bodies as sites of political negotiation: how do ideological regimes and bodies shape each other? Nora's practice operates at the intersection of artistic and theoretical research, questioning the paradigms that constitute the respective fields of knowledge. Recent works include the choreographic audio walk Spuren der Hasenheide (AT) (premiere April 2022) and physical prospects (ACUD Theater Berlin, 2021) and the solo what remains washes away (Celestial Bodies Performing Arts Festival Reykjavík, 2019).

As a dance dramaturg, Nora has been collaborating with dance collective Grupo Oito, the performance company for young audiences inback, and various solo artists since 2019, among others.

Nora holds a Master's degree in Performing Arts (2019 in Reykjavík) and a Bachelor's degree with a focus on political theory, gender studies and sociology (2016 in Maastricht and Guadalajara). Nora is co-founder of CELESTIAL BODIES, a Europe-wide platform for artists.