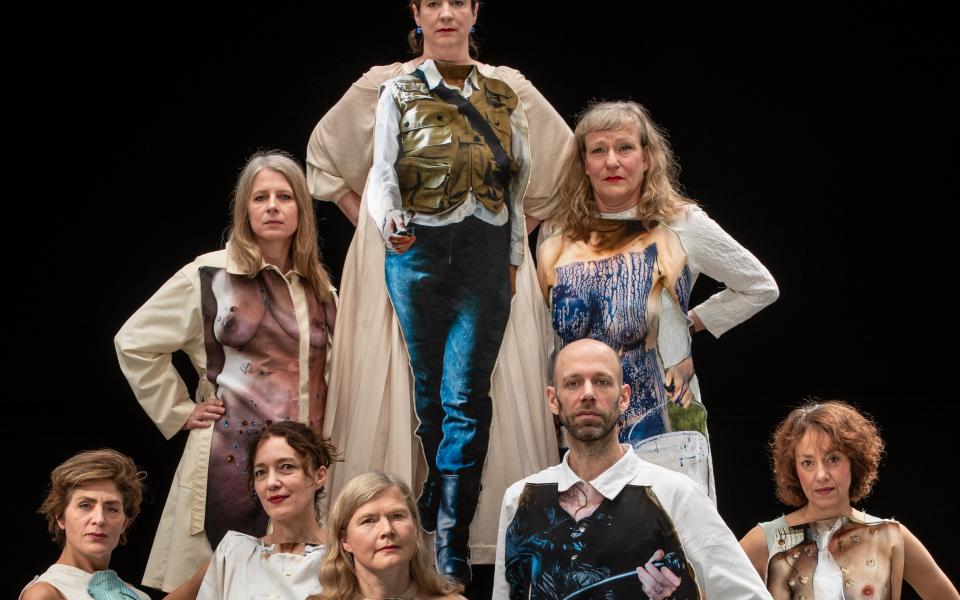 She She Pop is a performance collective that was founded in the 90s at the Giessen Institute for Applied Theatre Studies. Its members are Sebastian Bark, Johanna Freiburg, Fanni Halmburger, Lisa Lucassen, Mieke Matzke, Ilia Papatheodorou, Berit Stumpf and Elke Weber, their creative producer.

The members of the group are predominantly women and they work as a collective. The performers see themselves as authors, dramaturges and practitioners of their stage art. The inclusion of their own autobiographies is above all the method and not the purpose of their work.

The result is a form of theatre firmly committed to experimentation. The stage is always a place of intense publicness. Here, decisions are made, ways of speaking and social systems are tested, and speech gestures and social rituals are tried, rehearsed or discarded. She She Pop sees its task as a search to find the social limits of communication – and to go beyond the protective space of the theatre, in both specific and artistic terms. The theatre is turned into a space for utopian communication. The audience, too, is often given a tangible attribution and a special feature: all of She She Pop’s works are experiments or demonstrations in some way, which would be invalid without spectators.

She She Pop has been based in Berlin since 1998 and celebrated their 25th anniversary in 2018. The HAU Hebbel am Ufer theatre has been a continuous co-producer and co- operation partner in Berlin since 2003.