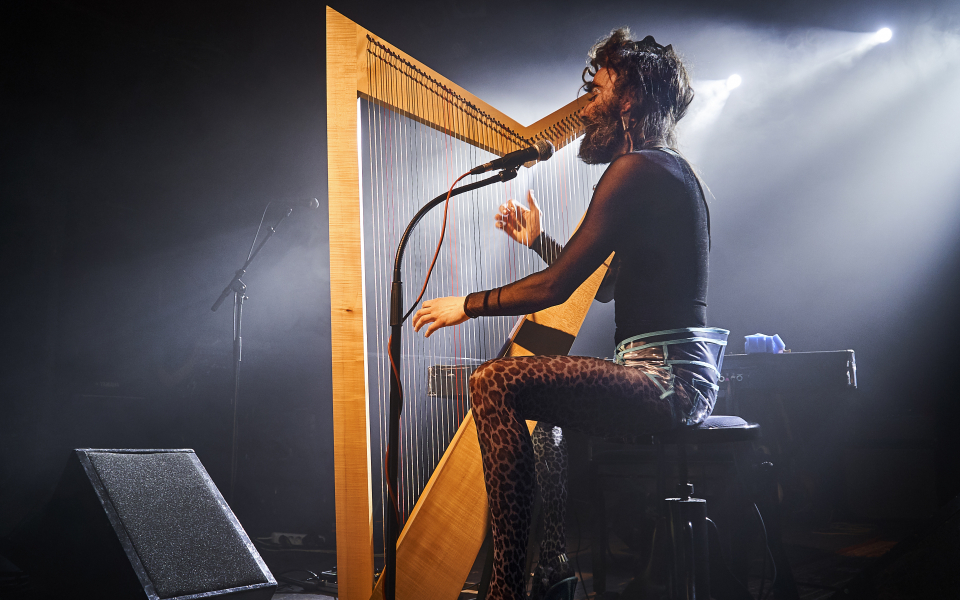 Hans Unstern is back! With the third album DIVEN (DIVAS) and the show of the same name, the infamous singer/songwriter/doll is touring through the country again for the first time after seven-and-a-half years. The new songs and texts feel especially comfortable on the artist’s self-made harp: contrasexual love songs and shimmery agitprop fairytales for a post-shaving world, from money to plastic candy, notwithstanding. Metamorphoses of words and lyrics worthy of a diva! 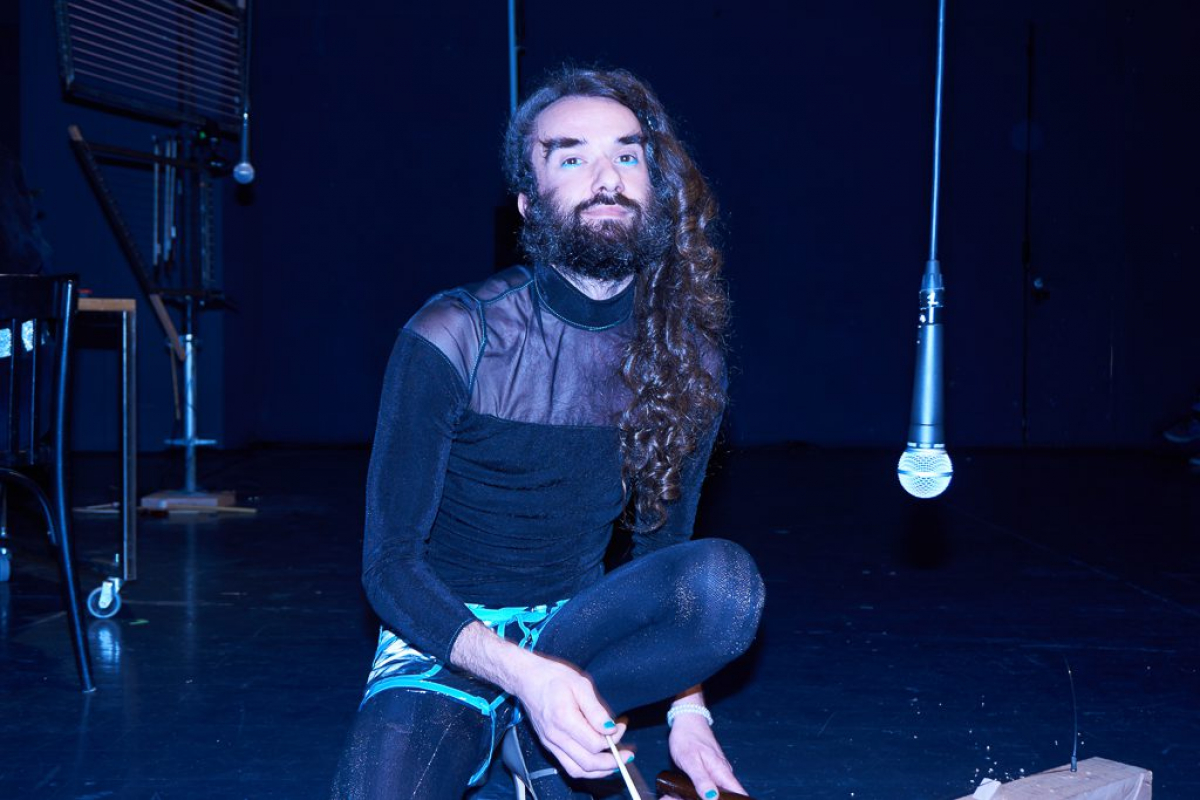 Hans Unstern makes songs, texts, musical instruments, performances and theater. His debut album, Kratz Dich Raus, was released in 2010. Performing concerts in theaters, Unstern appeared with four to six other musicians. The songs on the album were combined with free improvisation. The staging also included a light and shadow show consisting of curtains, visuals, scanners and flickering workshop lamps. In 2012, his book of poetry, Hanky Panky Know How, was published by Merve Verlag in Berlin. For his second album, The Great Hans Unstern Swindle, producer Nackt and Unstern worked even more intensely than before on compositions, arrangements and sounds. For the following concerts, he collaborated with Simon Bauer to build six harps and other string instruments that were played by a five-person band, performing in 2012, 2013 and 2014. In 2012, Unstern appeared in the pre-show for Schorsch Kamerun at HAU1. In recent years, he has been working with the groups Talking Straight and Gintersdorfer&Klaßen. In 2016, he performed with Gintersdorfer&Klaßen in the productions Der Botschafter and Not Punk, Pololo at HAU - Hebbel am Ufer. In 2016, he founded the BOIBAND along with Tucké Royale und Black Cracker. Unstern is currently touring with his third studio album.