With currently around 12,000 videos and supplementary materials, the Media Library for Dance and Theatre is one of the most extensive publicly accessible audiovisual documentation centers for the performing arts in Germany. It documents developments in contemporary dance, theater and performative production formats.

The ITI’s Media Studio also continuously carries out the documentation of dance and theater productions on film itself, which can be viewed in the media library. The digitization and preservation of the audiovisual as well as supplementary documents are also an important field of work in this area.

Examining the documentation in the media library critically and in terms of content together with artists and researchers is also an important aspect. Profound insights into artistic and cultural developments in the performing arts are provided in detailed descriptions and thematically organized visual materials.

The media library is also a site for on the discussion of artistic, cultural-political and technological developments in dance and theater, and thus an intersection of archival, theoretical and theatrical practice.

It is possible to get there by car. In front of the Kunstquartier Bethanien there is a fire department access road. This can be used for deliveries and brief exits, but parking is not permitted at any time.

The entrance is located at the level of Wrangelstraße/Mariannenplatz. It is marked by a bollard. There, you can get in touch with the security guard in the building, who operates the bollard system, via the intercom. The entrance is a "one-way street". The exit is at the level of Waldemarstraße/Mariannenplatz. The bollard at the exit will automatically lower as soon as you approach the bollard.

The Mediathek for Dance and Theater is located on the first floor of the Kunstquartier. Passing through the foyer, you will find it on the left side behind the restaurant "3 Schwestern", behind the glass door - just ring the bell on the left side!

Venue notes
A continuously accessible, step-free and ground-level access from the street to the building and to the event area with a width of at least 150 cm is available. Barrier-free parking spaces and sanitary facilities are also available. There is space for wheelchairs or walkers in the event hall/area, but unfortunately there is no possibility of special suitable seat reservation and/or to enter the hall ahead of time.

This is an auditory radio performance. The performance works with darkness and light changes, artificial fog is needed. Sitting during the event is possible. 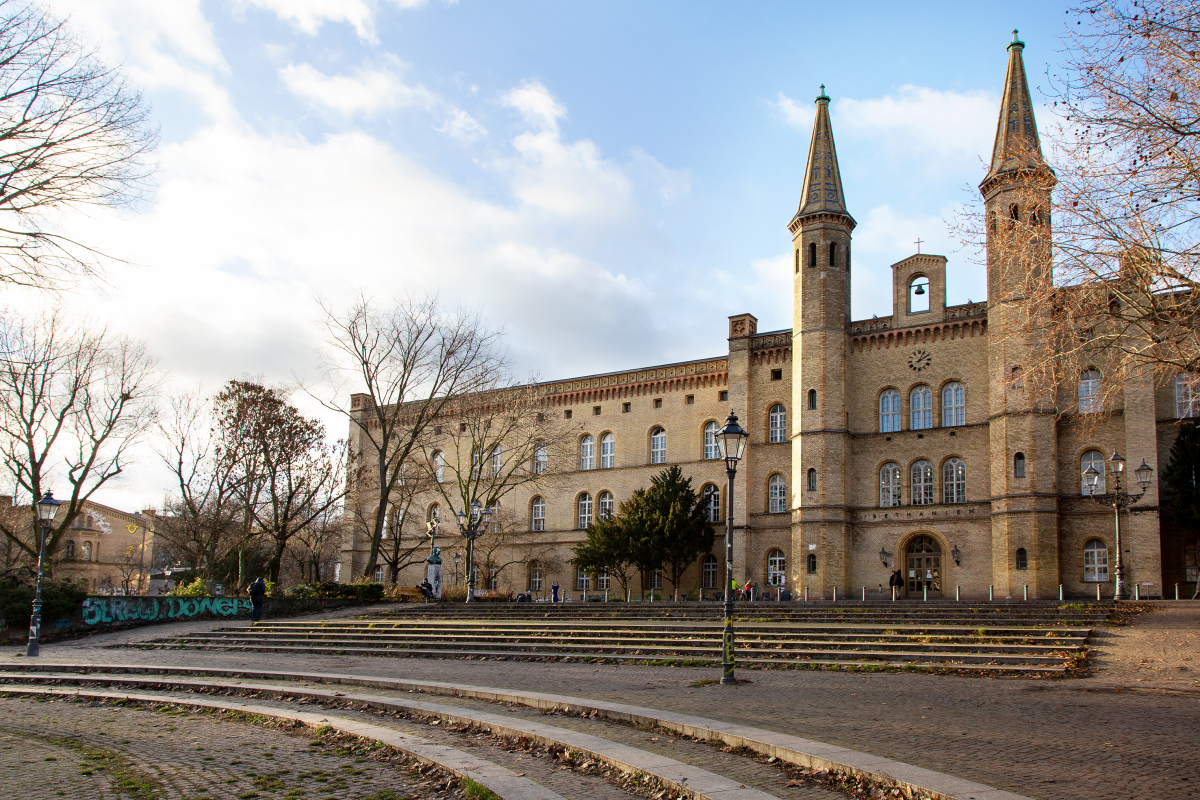